Ahoy there me mateys!  I received this fantasy eARC from NetGalley in exchange for an honest review.  Here be me honest musings . . . 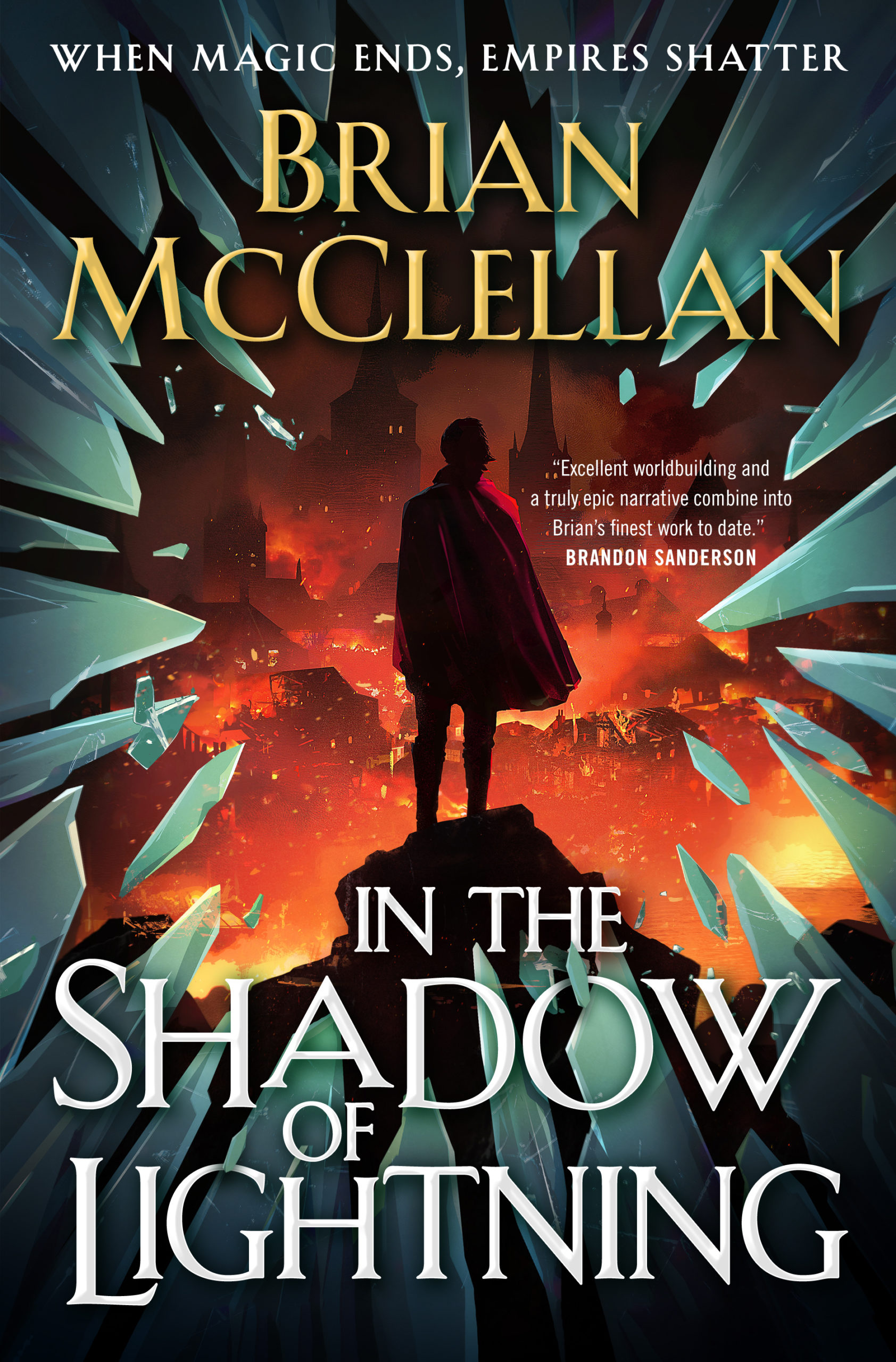 I have only read one novella by the author and I loved it so I was excited to give his longer works a shot.  This is the start of a new fantasy series where the economy is run by glass magic.  It was a decent read for me and I will be reading the next in the series.

The characters were the best thing about the book. Demir (who feels like the main character) was a member of the elite and a promising general before a betrayal broke his mind.  He lives as a self-imposed outcast until his mother’s murder brings him back into politics.  Other POV characters include Kizzie (a type of investigator), Tessa (who works with glass magic), and Idrian (a soldier who uses magic).  There is a larger cast portrayed though.  A favorite was Baby Montego who should come across as ridiculous but instead is endearing.  I also enjoyed that men and women are fairly equal in society.  The female characters in this book actually tended to be the more interesting.  None of the characters seemed to have a lot of depth but I was rooting for them.

But while I liked the characters, the rest of the book felt derivative and rather unoriginal.  Not bad per se but not enthralling.  The magic system of using glass felt rather boring overall.  The economy runs on it but I never felt that it was particularly practical or even widespread.  The rich families have a lot but can’t use a lot because of the side effects.  The author’s idea is that glass making is coming to an end and thus the economy is going to fall apart but I didn’t really feel that the world is better off with it or that the stakes of it disappearing would frankly really matter after the initial shock.  The glass certainly didn’t seem worth dying for.

The murder mystery of who killed Demir’s mother and the other mystery of the secret society were also lackluster.  I didn’t feel that there really was a big mystery and watching the characters flail around and make no real progress was frustrating.  And the reveal when it came was rather expected even if the overall why of it hasn’t been explained completely yet.  And the bad guys all felt rather one-dimensional.

Also the book felt too long and dragged in many, many places.  I liked individual moments in character stories and the interpersonal relationships but the overall conflict felt cliché and rather short-sighted.  Aye, this book was flawed but I do not regret reading it.  I just think I was expected more given how much the crew loves the Powder Mage trilogy.  Arrrrr!

Demir Grappo is an outcast—he fled a life of wealth and power, abandoning his responsibilities as a general, a governor, and a son. Now he will live out his days as a grifter, rootless, and alone. But when his mother is brutally murdered, Demir must return from exile to claim his seat at the head of the family and uncover the truth that got her killed: the very power that keeps civilization turning, godglass, is running out.

Now, Demir must find allies, old friends and rivals alike, confront the powerful guild-families who are only interested in making the most of the scraps left at the table and uncover the invisible hand that threatens the Empire. A war is coming, a war unlike any other. And Demir and his ragtag group of outcasts are the only thing that stands in the way of the end of life as the world knows it.

To visit the author’s website go to:
Brian McClellan – Author

To buy the novel go to:
in the shadow of lightning – Book 1

war cry (On the Horizon – Fantasy)