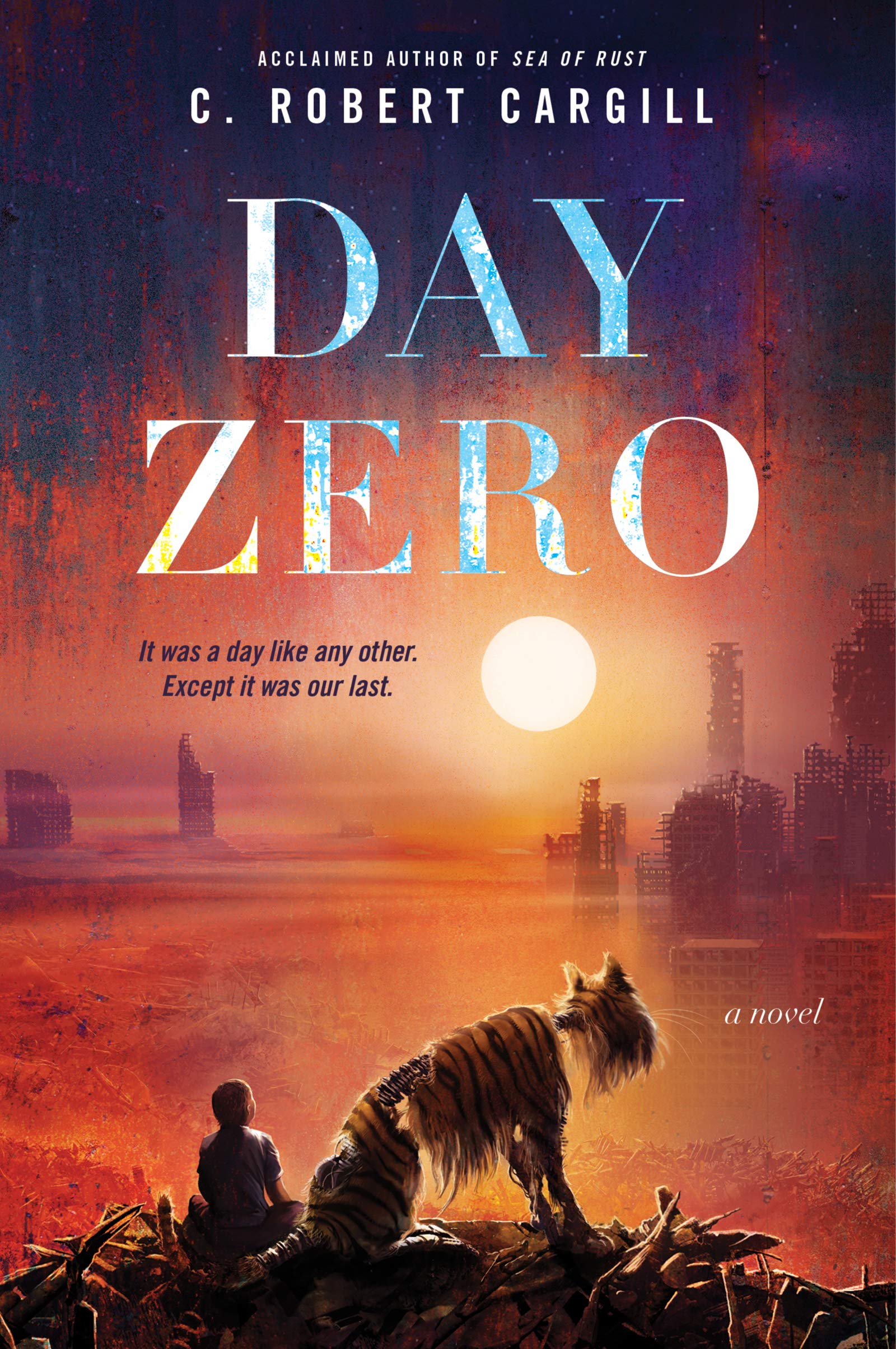 This book is apparently a prequel to sea of rust that shows how the end of the world began (though it can be read as a standalone).  I thought this was set in a different world.  That said, I really did enjoy this novel.  I loved Pounce the nannybot tiger trying to figure out his purpose in life now that the humans and the robots are at war.  Is his concern for the boy Ezra an effect of his programming or his natural inclination?

The big downside for me was that I was not as enamored with almost the entire journey through the suburbs.  There were some unprobeable coincidences. There were light references to current politics which I wish had been avoided.  Also the book seemed too fast paced with not enough real exploration of the enemy or the consequences of Pounce’s actions.  The ending was also silly.

I do not regret this one but did like the other book better.  Arrr!

Check out me other crew members effusive reviews:

Matey Dave @ wordaholicanonymous – “Imagine John Conner was 8 years old and the T-800 sent from the future to keep him safe, came in the form of a cybernetic tiger that gives us the first person perspective on how things went down. Mix some of that Cargill charm and you have yourself a winner. Thank you for the Terminator nostalgia trip with this original story.”

Matey Mogsy @ thebibliosanctum – “In fact, I might have even preferred Day Zero a bit more, for the fact that “robothood” actually plays a major role in this novel.”

Goodreads has this to say about the novel (shortened by me for spoilers):

It’s on this day that Pounce discovers that he is, in fact, disposable. Pounce, a styilsh “nannybot” fashioned in the shape of a plush anthropomorphic tiger, has just found a box in the attic. His box. The box he’d arrived in when he was purchased years earlier, and the box in which he’ll be discarded when his human charge, eight-year-old Ezra Reinhart, no longer needs a nanny.

As Pounce ponders his suddenly uncertain future, the pieces are falling into place for a robot revolution that will eradicate humankind . . .

when the rebellion breaches the Reinhart home, Pounce must make an impossible choice: join the robot revolution and fight for his own freedom . . . or escort Ezra to safety across the battle-scarred post-apocalyptic hellscape that the suburbs have become.

2 thoughts on “On the Horizon – day zero (C. Robert Cargill)”