Ahoy there me mateys!  I received this reissue of an awesome vampire book from NetGalley in exchange for an honest review.  Here I take a second look at a previously enjoyed novel from me younger days and give me crew me second reflections, as it were, upon visitin’ it again . . . 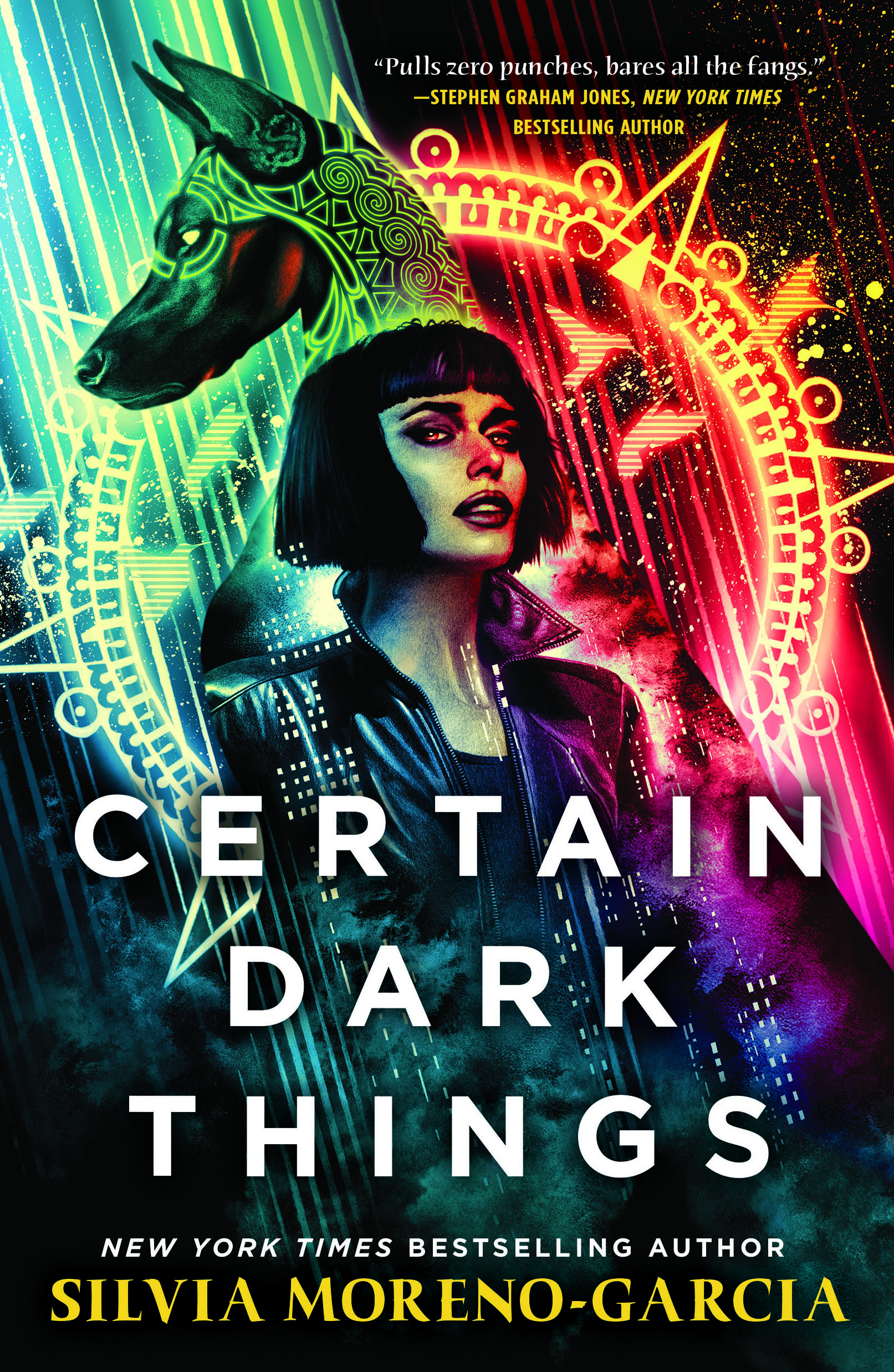 This be the book that started it all – me love affair with Silvia Moreno-Garcia.  I found out about this delight from Matey Sarah @ brainfluff’s awesome review which said:

I don’t know how Moreno-Garcia manages to worm her characters right into my inscape – I suspect she is a witch, whose books weave an enchantment. But I have yet to read anything of hers where I haven’t passionately cared about her world and the people in it. As for what happens to Atl and Domingo – you’ll have to read the book to find out. Even if you’re sick of reading vampire books, even if you’ve never read a vampire book, pick this one up and give it a go. It is every bit as beautiful and dark as that amazing cover.

Of course with that line I was hooked and got a copy from me local library.  I loved it so much that I went to buy me own copy only to find it was out of print.  I was disgruntled and I couldn’t understand why.  But the writing was so good that I proceeded to read her backlog and all her new releases.  I have read 8 books so far and all of them were five star reads.

So when I hear this vampire novel was getting a new issue from Tor Nightfire I was thrilled.  ARRRRR!!!!!  It’s about time.  This novel is rich and dark and has exquisite world-building.  This be an alternate history where in 1967 humans discover that not only are vampires real but they have been evolving over time.  In the much later future, a young man named Domingo meets a vampire named Atl and is pulled into a world of chaos, danger, and vampire politics.

Rereading this was just as thrilling as the first time.  Moreno-Garcia has this amazing ability to weave complex and compelling characters, intense plot, and a world that is so dense and heavy with the pressure of time.  I knew what was going to happen and still read this in one sitting staying up late into the night avidly turning pages.  This might be me favorite and not just because it was first.  If ye haven’t read her work before, get this one because “Even if you’re sick of reading vampire books, even if you’ve never read a vampire book, pick this one up and give it a go. It is every bit as beautiful and dark as that amazing cover.”  Arrr!

Side Note: Still need to read the author’s debut which is many crew members’ favorite.  Must remedy this oversight.

Welcome to Mexico City, an oasis in a sea of vampires. Domingo, a lonely garbage-collecting street kid, is just trying to survive its heavily policed streets when a jaded vampire on the run swoops into his life. Atl, the descendant of Aztec blood drinkers, is smart, beautiful, and dangerous. Domingo is mesmerized.

Atl needs to quickly escape the city, far from the rival narco-vampire clan relentlessly pursuing her. Her plan doesn’t include Domingo, but little by little, Atl finds herself warming up to the scrappy young man and his undeniable charm. As the trail of corpses stretches behind her, local cops and crime bosses both start closing in.

Vampires, humans, cops, and criminals collide in the dark streets of Mexico City. Do Atl and Domingo even stand a chance of making it out alive? Or will the city devour them all?