Ahoy there me mateys!  I received this historical fantasy eARC from NetGalley in exchange for an honest review.  Here be me honest musings. . . 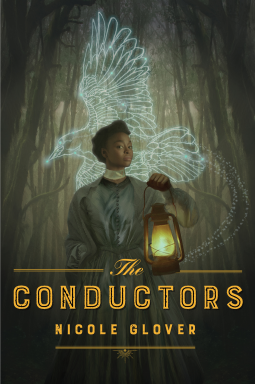 This debut novel has really fun concepts that weren’t developed to their full potential though I would be willing to try another of the author’s books in the future.  I think there were too many pathways in this book and so everything got muddled.

This book follows Hetty and her husband Benjy, former slaves who are in a marriage of convenience.  They used to be members of the underground railroad helping others find freedom.  The Civil War is over and the duo help solve crimes in Philadelphia.  With magic.  But one one of their friends is killed, it becomes personal.

While this was an okay read, I found the characters to be compelling.  I do think the author has talent and I look forward to seeing what else she writes.

Side Note: This is apparently the first book in a series.  Arrr!

As a conductor on the Underground Railroad, Hetty Rhodes helped usher dozens of people north with her wits and magic. Now that the Civil War is over, Hetty and her husband Benjy have settled in Philadelphia, solving murders and mysteries that the white authorities won’t touch. When they find one of their friends slain in an alley, Hetty and Benjy bury the body and set off to find answers. But the secrets and intricate lies of the elites of Black Philadelphia only serve to dredge up more questions. To solve this mystery, they will have to face ugly truths all around them, including the ones about each other

6 thoughts on “On the Horizon – the conductors (Nicole Glover)”