Ahoy there me mateys!  I received an eArc of this thriller through NetGalley in exchange for me honest musings.  Though this log’s focus is on sci-fi, fantasy, and young adult, this Captain does have broader reading tastes. So occasionally I will share some novels that I enjoyed that are off the charts (a non sci-fi, fantasy, or young adult novel), as it were.

Publisher: Polis Books – Agora – Established in 2019, a “new imprint devoted to crime fiction from unique and diverse voices from across all cultural spectrums.” 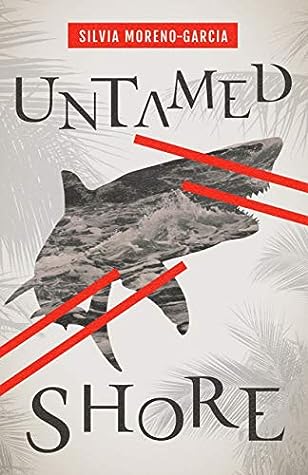 This be fourth book I have read by the author and me fourth five star read.  I have said before that what I find amazing about all of the author’s books is that they feel so different from each other.  The first was a vampire story with stunning vampire culture and history.  The second was a Mayan fairy-tale set during the Jazz age in Mexico.  The third was a romance with a hint of fantasy set in the Belle Époque era.  And this is a coming-of-age thriller set in Baja California in 1979.  I adored this book!

The story follows Viridiana who lives in a small town called Desengaño where every day follows just like the one before it.  Instead of doing what is expected, like get married and have babies, Viridiana dreams of making it to a bigger city.  Her mastery of foreign languages, intelligence, and longing make her an outcast in her tiny community.  During the brief tourist season she makes a little money as a translator and tour guide.  The rest of the time she spends watching fisherman hunt sharks on the beach, watching classic Hollywood movies, reading, and dreaming.  Her life changes when three rich tourists come to town and she is asked to be not only a translator but also a personal assistant.  Life gets interesting when her employer dies.

This is a character driven story with plot twists and turns but is not really fast-paced.  That said the book was so absolutely satisfying.  Viridiana is a fantastic character whose naivete hurts to read about but her journey towards adulthood and reality is compelling.  Watching her struggle between her heart and her head is truly lovely even if ye want to shake her for her stupidity at times.  Viridiana’s psychological journey was really the thriller aspect because of wondering if, and how, she could get out of the mess she found herself in.

I can’t really get into more than that because of spoilers but I thought the ending was perfect and yet partially unexpected.  I thought all the shark symbolism was awesome.  I am in awe of Silvia Moreno-Garcia’s talent and am so excited that she has another book coming out this year – Mexican Gothic on 6/30/2020.  Arrr!

Baja California, 1979. Viridiana spends her days watching the dead sharks piled beside the seashore, as the fishermen pull their nets. There is nothing else to do, nothing else to watch, under the harsh sun. She’s bored. Terribly bored. Yet her head is filled with dreams of Hollywood films, of romance, of a future beyond the drab town where her only option is to marry and have children.

Three wealthy American tourists arrive for the summer, and Viridiana is magnetized. She immediately becomes entwined in the glamorous foreigners’ lives. They offer excitement, and perhaps an escape from the promise of a humdrum future.

When one of them dies, Viridiana lies to protect her friends. Soon enough, someone’s asking questions, and Viridiana has some of her own about the identity of her new acquaintances. Sharks may be dangerous, but there are worse predators nearby, ready to devour a naïve young woman who is quickly being tangled in a web of deceit.

Silvia Moreno-Garcia is one of the most exciting voices in fiction, and with her first crime novel, UNTAMED SHORE, she crafts a blazing novel of suspense with an eerie seaside setting and a literary edge that proves her a master of the genre.