Ahoy there me mateys!  I received this non-fiction eARC from NetGalley in exchange for an honest review.  So here be me honest musings . . . 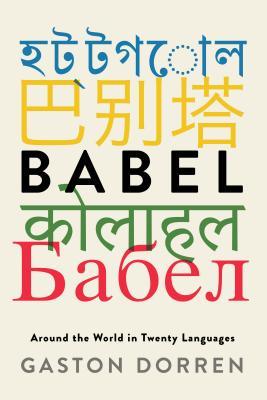 Even though English is the “world language,” the fact of the matter is that most of the world doesn’t speak it.  This book explores the idea that to speak fluently with half of the people in the world, ye would need to speak 20 languages.  This book set out to explore those 20.

The concept of this book be fascinating.  The execution was sadly not to me taste.  Part of the problem is that the book didn’t feel like a cohesive whole.  The chapters varied in style and focus.  There were often long tangents, that while interesting, made following the arguments being made difficult.  Other parts went into details of linguistics which were frankly over me head.  In addition, the review copy that I received was missing dates and figures.

I do believe that the author was enthusiastic and I did find many of the facts, like the formation of Turkish, to be amazing.  I so wanted to love this book but the presentation was muddled.  It was irksome and so I only read up to 54%.  Other readers may find this style worthwhile so I hesitate to condemn the book altogether.  I do hope this book finds its proper audience.  I am just not it.

Side note: from Amazon – “Gaston Dorren is a linguist, journalist, and polyglot. He speaks Dutch, Limburgish, English, German, French, and Spanish, and reads nine more languages.”  How awesome is that?

English is the world language, except that most of the world doesn’t speak it–only one in five people does. Dorren calculates that to speak fluently with half of the world’s 7.4 billion people in their mother tongues, you would need to know no fewer than twenty languages. He sets out to explore these top twenty world languages, which range from the familiar (French, Spanish) to the surprising (Malay, Javanese, Bengali). Babel whisks the reader on a delightful journey to every continent of the world, tracing how these world languages rose to greatness while others fell away and showing how speakers today handle the foibles of their mother tongues. Whether showcasing tongue-tying phonetics or elegant but complicated writing scripts, and mind-bending quirks of grammar, Babel vividly illustrates that mother tongues are like nations: each has its own customs and beliefs that seem as self-evident to those born into it as they are surprising to the outside world. Among many other things, Babelwill teach you why modern Turks can’t read books that are a mere 75 years old, what it means in practice for Russian and English to be relatives, and how Japanese developed separate “dialects” for men and women. Dorren lets you in on his personal trials and triumphs while studying Vietnamese in Hanoi, debunks ten widespread myths about Chinese characters, and discovers that Swahili became the lingua franca in a part of the world where people routinely speak three or more languages. Witty, fascinating and utterly compelling, Babel will change the way you look at and listen to the world and how it speaks.

12 thoughts on “Abandoned Ship On the Horizon – babel (Gaston Dorren)”