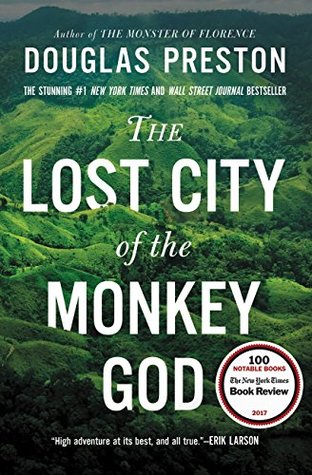 the lost city of the monkey god (Douglas Preston)

I have a fascination with archaeology and with lost cities of treasure (Arrr!).  This book discusses the trials and tribulations of finding the legendary White City in Honduras.  The book kinda had three parts.  The first was a look into the history and legends regarding trying to find the lost city.  The use of satellite technology to find archaeological sites of interest is absolutely fascinating.  The second part was the search for the physical city itself.  Surprisingly, this was me least favorite part of the book.  It seemed quick and incomplete.  I wanted specifics about the sites and specific findings about those people who lived there.  Unfortunately the data and research are in the very early stages.  So the look at the cultural significance of the sites was mild though intriguing.  The last part dealt with a specific tropical disease that the research group caught.  This was surprising, scary, and weirdly awesome.  A quick read that I recommend.

One might say that modern Honduran history began in 1873, when Jules Verne introduced Americans to the banana in his novel Around the World in 80 Days, where he praised it as being “as healthy as bread and as succulent as cream.
― Douglas Preston, The Lost City of the Monkey God 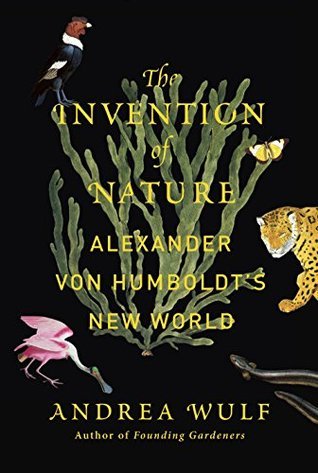 For a man who “in North America, his name still graces four counties, thirteen towns, a river, parks, bays, lakes, and mountains,” I had never heard of him. Alexander von Humbolt (1769–1859) was an explorer who is responsible for how we look at nature today.  His work directly influenced folks like Charles Darwin, Henry David Thoreau, John Muir, and Goethe. Humbolt is one of the pioneers of discussing man-made climate change.  He helped promote the idea that all of nature is connected.  He abhorred slavery.  His take on nature was inspiring.  This book was fascinating and I loved it!  His name should never have been forgotten.  Much thanks to Kristin @ kristinkravesbooks for adding this book to the ports for plunder list.  Arrr!

Nature is the domain of liberty,’ Humboldt said, because nature’s balance was created by diversity which might in turn be taken as a blueprint for political and moral truth. Everything, from the most unassuming moss or insect to elephants or towering oak trees, had its role, and together they made the whole. Humankind was just one small part. Nature itself was a republic of freedom.
― Andrea Wulf, The Invention of Nature: Alexander von Humboldt’s New World

Side note: I do wish the audiobook I listened to had a woman narrator since the book was written by a woman. 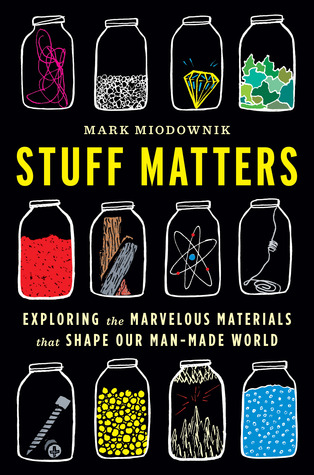 This book was freakin’ awesome!  The first mate read this one and then told me I had to follow suit.  Read this and ye will never look at billiard balls, jam, or an eating utensil in the same way ever again.  The saddest part of this book is that it feels too short.  I was completely mesmerized.  I can’t really explain this one more than that because I can’t do it justice and I also can’t explain science phenomena well at all.  But just trust me when I say this is a must read.

. . . studies of “crispness” have shown that the sound created by certain foods is as important to our enjoyment of them as their taste. This has inspired some chefs to create dishes with added sound effects. Some potato chip manufacturers, meanwhile, have increased not just the crunchiness of their chips but the noisiness of the chip bag itself.
― Mark Miodownik, Stuff Matters: Exploring the Marvelous Materials That Shape Our Man-Made World