the letter for the king (Tonke Dragt)

Title: the letter for the king 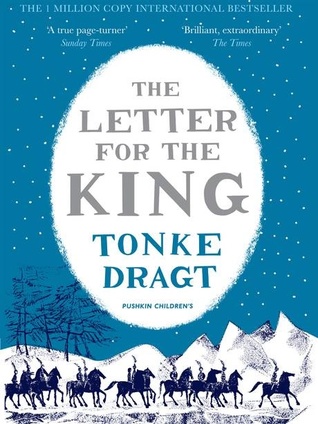 I always be interested in fairy tales from other lands.  This translation caught me eye because the author was born in Indonesia, imprisoned in a Japanese internment camp in WWII, and then moved to the Netherlands.  She published this book in 1962 and it won the Children’s Book of the Year Award and was subsequently translated into sixteen languages.  Apparently it is also becoming a Netflix series.  So I had to know what the hype was about.

And sadly I have to say that I don’t really get it.  The story follows a boy named Tiuri.  He was standing vigil on the night before becoming a Knight when he chooses to leave the chapel in order to deliver an urgent message.  What was supposed to be a simple task instead becomes a quest to deliver a message to a king in another land.

This book is a fairly straightforward and simplistic tale where the young squire is always meeting people at just the right time to help him and nothing bad really ever happens.  Tiuri is supposed to be 16 but comes across as being much younger.  His naivete seemed to make him more like ten or so.  He is honorable and makes friends wherever he goes.

Unfortunately there was no real tension and I was pretty disconnected from the story.  It was a quick read even though the time dragged when actually reading it.   The world building wasn’t that exciting either.  With slow pacing and not much action, I was tempted to not finish this one.  I did finish it but didn’t really like it and will not reread it.  I wish it had been better.

Goodreads’ website has this to say about the novella:

When sixteen-year-old Tiuri answers a desperate call for help, he finds himself on a perilous mission that could cost him his life. He must deliver a secret letter to the King who lives across the Great Mountains – a letter upon which the future of the entire realm depends.

It means abandoning his home, breaking all the rules and leaving everything behind – even the knighthood that he has dreamed of for so long.

To buy the novella go to:

the letter for the king – Book