Ahoy there mateys!  While I normally do not post spoilers on me reviews this post WILL contain several of them due to the nature of the discussion.  It will also be very long.  If the trigger warnings and spoilers be not to yer taste then read further at yer own peril.

I received this fantasy eARC from NetGalley in exchange for an honest review.  So here be me honest musings . . . 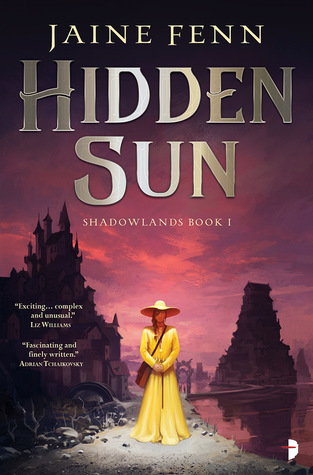 This fantasy book had many issues that led to a slow start and confusion, especially at the beginning.  But I enjoyed enough elements to get to the 90% mark.  Then what happened pissed me off.  I was so close to the end that I was going to finish the approximately 45 pages I had left.  But every time I tried to read the remaining bit, I would find meself angry again.

When I ranted me thoughts to the first mate, I realized that it was time to stop reading this book altogether.  I was also unsure about whether I wanted to write a review at all even though that’s me own rule for the log.  It is supposed to be a history of me readin’ thoughts for good or bad.  And then I realized that I had to object to the treatment of rape in this book because what the author chose to do is in me mind, not only unnecessary, but horrific.

Now to be fair, I don’t usually include trigger warnings in me posts.  I have only done so one other time because of the nature of that particular book.  It was well-written, thought-provoking, and I liked the book even if it was extremely hard to read.  It was marketed as a YA dystopian and was graphic in certain ways that I felt potential readers should be warned about.  That book is not for every reader.

But the lack of trigger warnings in me reviews come down to genre.  For example, I can read grimdark where rape, murder, and other unsavoury things happen all the time.  Some of me favourite books have these elements in them – like in the Game of Thrones series or the First Law Trilogy.  A fantasy book with wars will have battles and blood.  A romance book might have sex scenes.  Readers chose their reading material based on taste, preference, and personal history.

For a milder personal example: when I was in grad school I had an experience where a male wearing no pants trapped me in me office and masturbated in the doorway in front of me.  I honestly at this point cannot say if he said anything or not.  The clearest memories of the situation are 1) that I calmly remained sitting in my office chair; 2) I had a screw driver sitting on top of a tool box and contemplated stabbing him with it if he tried to attack me; and 3) after some time I calmly yet forcefully told him to leave my office.  I have no idea how long he stood there or any other details.  What I do know it that it happened early in the afternoon not even 5:00 pm.  There were a ton of people at the other end of the long hallway who heard and saw nothing.  And the police who came proceeded to tell me it wasn’t a big deal.  And the experience put me in a state of shock that was odd to process afterwards.

I tell that story, not for sympathy or even comment, but because as a women living in the rich, fairly safe country of the U.S., rape is a legitimate concern.  It is a concern for all women regardless of background, race, wealth, age, country, etc.  For some men too, I don’t deny that happens.  So as a women and book blogger in the current era of #metoo and where women everywhere are trying to eliminate socially acceptable rape culture, I couldn’t keep silent when I see rape being mishandled in this fantasy novel.

So in this book, one of the women, Rhia is an extremely intelligent noble women who sets off to a quest to find her brother, Etyan.  He ran away and Rhia suspects him of murder.  Yet she loves him and wants to protect him.  Well long story short, when her brother is dying, he confesses on his deathbed that he did not murder the girl but did participate in a gang rape.  He supposedly was going to apologize and then found her dead body, panicked, and fled the country.  The author used gang rape as a convenient plot point to have a character do something.  Rape as a plot point is not only lazy but horrible.  There are a million possible other issues that could have replaced the rape with NO change to the overall story.

Now I thought the brother was horrible and assumed after his death that Rhia is finally going to realize her brother’s true nature and grow and become the hero of the story.  But of course not.  One of the next things that happen is that Rhia is then subjected to a beating and an attempted rape where her brother, miraculously living, beats the would-be-rapist with a rock and then lets him live.  So there is another rape scene that serves no purpose beyond “oh look bad guy is still alive.”  Rape as another plot point.

And here I should also mention that there was an earlier scene where the other main female character earlier has sex with this same bad guy due to low self-esteem and unpleasantly loses her virginity to him.  I should have known then but given the nature of the character and her reasons for why she did it, it unsettled me but made some sense in terms of character and culture context.

But the final straw that made me fury explode was when Rhia who has just barely missed being raped herself and was pummeled and barely survived says this in response to her brother being alive:

“‘But she needed to see beyond.  Etyan’s confession.  He had done something terrible, but not as terrible as she feared.  And he had not acted alone.  Had, in fact, been led on by his noble cronies, as he so often was . . . For now, I need you to know that I will stand by you.’  Despite what you did.“

Jaine Fenn should be ashamed of herself.  Rape was used as plot points three times in this book and then the author excuses the behavior each time.  Once because the woman agreed to the sex initially, once because the “bad guy” did it but was stopped, and the last because the of the love the sister has for the brother.  This is unacceptable, horrific, and disgusting.

While I am grateful to Angry Robot Books for giving me a review copy, this be my call to the publishing house to make a better effort at eliminating status quo of rape culture where women deserve rape and rape is valid to be used for no other purpose than a plot point.  Arrrr!

An eccentric noblewoman scientist’s journey into a hostile environment will change her world forever, in this enthralling fantasy novel.

Rhia Harlyn is a noble in Shen, one of the dozens of shadowlands which separate the bright, alien skyland. She has a missing brother, an unwanted marriage proposal and an interest in science considered unbecoming in her gender. Her brother’s disappearance coincided with a violent unsolved murder, and Rhia impulsively joins the search party headed into the skyland – a place whose dangers and wonders have long fascinated her. The dangerous journey brings her into conflict with a young rebel stuck between the worlds of shadow and light, and a charismatic cult leader who believes he can defeat death itself.