Title: daughters of the forgotten light 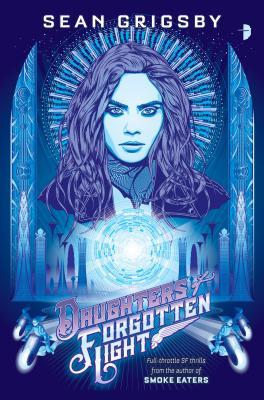 This book appealed to me because it is by an author whose work I have had an interest in reading and it is about a prison city in space with gang warfare.  Unfortunately I don’t think I was the target audience for this one and two issues led me to abandon ship at 25%.

So this book starts with a gang on a “motorcycle” ride through the space prison.  Now why would a prison have motorcycles and guns?  I was hesitant at the start but decided to go with it.  Angry Robot tends to have premises that are not mainstream and it is one of the things I love about them.  So the gangs in the prison are on a city-wide truce.  But trouble is brewing and the truce is barely hanging on.

One of the main characters, Lena “Horror” Horowitz, leads one of the three gangs in the prison called the Daughters of Forgotten Light.  There are two other gangs.  One is called the Amazons and is an all-white cannibalistic group.  The other is an all-black group called the Onyx Coalition.  A supply shipment is coming in and what is in that box will change the status quo of the prison.

So one of the things that is in the box is a baby.  Aye mateys.  A baby was sent to the prison.  This was the first thing that I didn’t like.  It made absolutely no sense (motorcycles and guns aside).  I didn’t read the entire blurb when I requested the book worried about spoilers.  Well had I read the entire blurb, the two spoilers contained in it may have stopped me from requesting this one.

But it was the second issue that led to the abandonment of the novel.  The women in the prison have to be hard to survive.  It is literally a prisoner-eat-prisoner kinda world if ye aren’t careful.  It seems that each gang has six members.  In the Daughters of Forgotten Light there is the leader who is called “the head.”  The others are called the right arm, left arm, right leg, left left leg, and the ass respectively.  The ass of course is the newest member, Sarah, who was told, “You’re at the end and take all the shit.”

Now I understood the gang members are harsh.  But the newest member is the subject of cruel hazing pranks.  Stupid stuff like being told to stand naked, having cold water thrown over her, etc.  I know hazing exists in the world but personally, I think it is pointless and shouldn’t exist.

But the main problem of the pecking order was a member called Hurley Girly who used to be at the bottom and has now moved up a step.  Hurley Girly is sexually interested in the new girl and is a predator.   She doesn’t care about Sarah’s preferences, physically intimidates her, leers, and makes highly inappropriate comments.  The only thing really stopping Hurley Girly from outright assault is the other gang members.  And I couldn’t stomach watching this person abuse her new status and power.  I don’t  care how harsh the gang is, I don’t want to read about abuse and watch it happen.  So that was the end of the book for me.

Side note: the first mate claimed me brief description of this book reminded him of a movie called “Escape from New York.”  Now I haven’t seen it but if ye liked that then maybe this be the book for yer tastes!

While this book didn’t end up appealing to me, I may be willing to give this author another shot.  I am on the fence.

A floating prison is home to Earth’s unwanted people, where they are forgotten… but not yet dead, in this wild science fiction adventure

Lena “Horror” Horowitz leads the Daughters of Forgotten Light, one of three vicious gangs fighting for survival on Oubliette. Their fragile truce is shaken when a new shipment arrives from Earth carrying a fresh batch of prisoners and supplies to squabble over. But the delivery includes two new surprises: a drone, and a baby. Earth Senator Linda Dolfuse wants evidence of the bloodthirsty gangs to justify the government finally eradicating the wasters dumped on Oubliette. There’s only one problem: the baby in the drone’s video may be hers.

daughters of the forgotten light – Book